starheal @starheal
Venus is at the Uranus-Neptune midpoint. “An extremely high sensitivity, one-sided love, a peculiar kind of love.”
20 May

starheal @starheal
Reading a study about how dark triad traits (narcissism, Machevellenism, and psychopathy) are a common feature among people who push conspiracy theories.
19 May

starheal @starheal
Correction! Her baby was born May 13 so he actually has a Taurus Sun/Libra Moon.
19 May 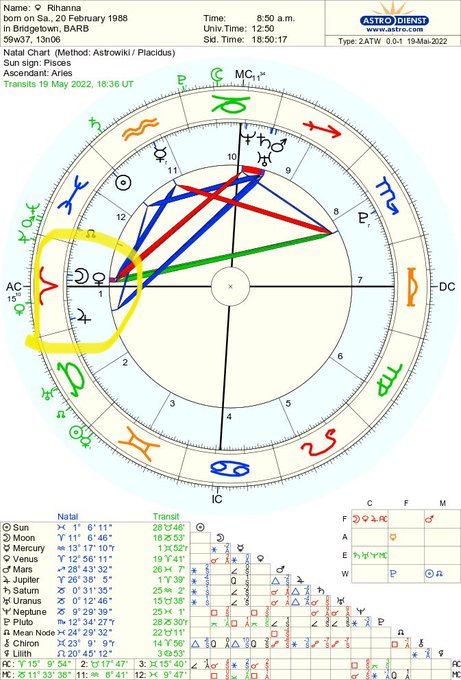 Venus is conjunct Rihanna’s Moon, Venus, Jupiter, and Ascendant in Aries. 🥰v
19 May

starheal @starheal
Mercury sextile Jupiter at 9:32pm ET open your mind to new ideas and brings a thirst for learning. Take advantage of of opportunities that come your way to broaden your horizons.
19 May

starheal @starheal
Ima start doing weekly TikTok’s where I do like Jimmy Kimmel and read my mean tweets. It would be hilarious. 😭
19 May