Erin Marie Hogan @ErinMarieOMG
If you use “casted” instead of “cast” when referring to the film and television industry, I can’t take you seriously. I’m positive I’m missing out on a ton of perfectly good content, but the word’s been “cast” my entire life. Saying “casted” literally enrages me.
10 May 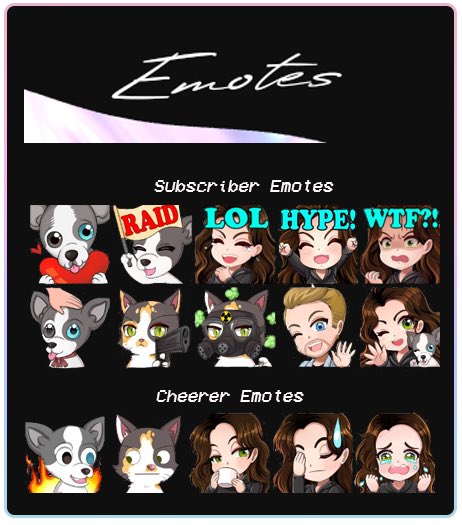 New stream emotes are here! Considering a rebrand, but until then the locale is still twitch.tv/ErinMarieOMG
4 May

Erin Marie Hogan @ErinMarieOMG
I’m getting very tired of this flare up.
2 May

Erin Marie Hogan @ErinMarieOMG
What’s the best time for you to watch on weekdays? Some time conversions for reference: NA Central +2hr NA US Eastern +3hr Dublin +8hr Prague +9hr New Delhi +12:30 Tokyo +16hr These are loosely based on areas/countries I know some viewers are from. Hopefully it’s helpful 😬
29 Apr

Erin Marie Hogan @ErinMarieOMG
I promise as soon as I revert my computer back to Windows 10 I’ll start streaming Apex and Phasmaphobia. We already have multiple new emotes for subscribers and cheerers! 😆
29 Apr