Dan Duggan @DDuggan21
Always like to do this after the dust settles from the draft — combine @dpbrugler's scouting reports with input from an executive and then project roles for the Giants' draft picks as rookies: bit.ly/3LBYHSI
Retweeted by Dane Brugler
24 May

Louis Riddick @LRiddickESPN
I talk non- stop about relationships in sports, specifically football. This is fascinating and worth the read. …the ending line is perfect too. “Some things are just better left unsaid.” twitter.com/TheAthletic/st…
Retweeted by Dane Brugler
20 May

Marcus Wiegert @FCPhost
Great article and really good scouting insight. #NFLDraft "As an evaluator, you have to evolve with the times. A big part of my process is to self-evaluate, make sure I’m learning from my past mistakes." - @dpbrugler twitter.com/GeneFrenette/s…
Retweeted by Dane Brugler
10 May

Paul Dehner Jr. @pauldehnerjr
Duke Tobin made out-of-character decisions last week. “Not my style.” A dive through the eyes of the scouting staff on the path to the class peels back the curtain on the #Bengals process and Tobin accepting his “worst nightmare.” Weekend read: theathletic.com/3296057/2022/0…
Retweeted by Dane Brugler
7 May 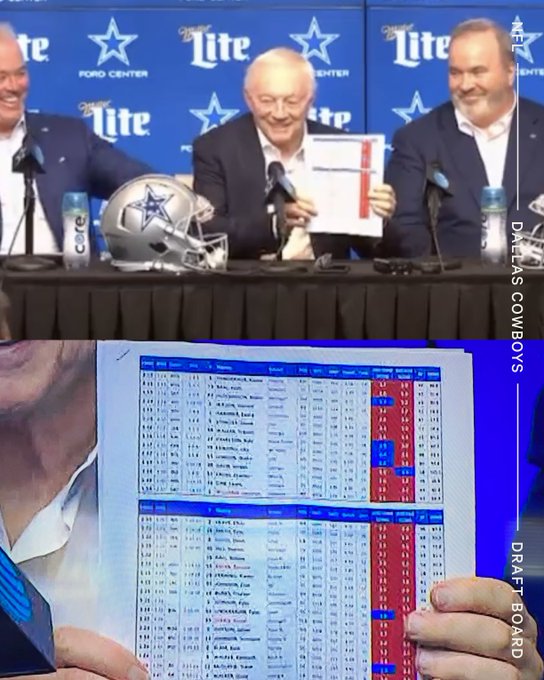 The Cowboys accidentally shared the top-34 players on their draft board, with 14 getting first-round grades. Through name breakdowns, @jonmachota figured out who all those players were. theathletic.com/3292476/2022/0…
Retweeted by Dane Brugler
5 May

Dane Brugler @dpbrugler
Really like the fit of TE Jeremy Ruckert (Long Island native) to the #Jets on day 2. Ruckert is a ball-winner and future starting Y TE. Will be a better pro than college player. twitter.com/seniorbowl/sta…
Retweeted by Dane Brugler
3 May